In 'The Alchemists speak Part 5' the spirits worked further on their attempt to make a spirit ladys' face visible for a participant somewhere behind the screens. Meanwhile in the first attempt 2 weeks ealier the ectoplasmic mass didn't show anything else than dark stains of pigmentation, in the yesterdays session a face was glancing from inbetween the mediums lips. 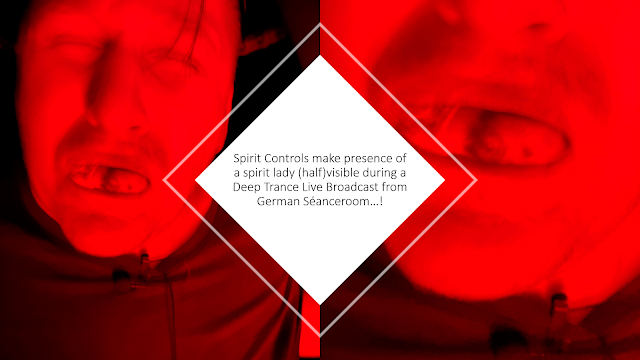 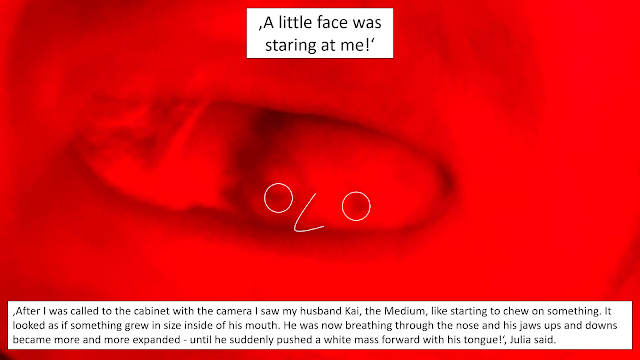 Main Spirit Control 'Hans', expecting the spirit to be fully depicted, was positive the spirit lady would be unquestionably identified.
If there will be a third attempt to reveal the face eventually fully is yet unclear, but more unlikely and we expect the spirits to proceed with other fascinating attempts and achievements from the realms of the free spirits from now on...!
Posted by KALIA Mind Expansion at 21:12 1 comment: