On a Thursday of March 2018 nearly two dozens Inner Circle Members came together on the premises of the Basle PSI Association to attend advanced mediumistic experimentation with the Spirit Team of the Felix Circle and me, Kai, as main medium.
They awaited the third appearance of a spirit form that had announced its coming, when it was materializing fully and already well visible last time in Lugnorre at the home of entrepeneur Markus and Anita Kappeler weeks before.
Famous Theosophist of the Theosophical Society after HPB (H.Blavatzky) and psychic Investigator Henry Steel Olcott intended to pay his respects to an renowned American Guest, Artist and Photographer of the Spiritualistic Movement Shannon Taggart, who was visiting us in January, when for the first time the spirit attempted to take physical form.
At his former return in Lugnorre, Switzerland, the entity had announced to achieve to materialize this upcoming third time much finer detailed as the two times before.
In the following we will present the formerly unpublished photos from this intensive session that differed from the ones before: In a whole the entity had many much finer facial features. Also the spirit form had its eyes always wide open and went in direct eye-to-eye contact with the sitters. A lot of them later wrote to us and described intensive if not overwhelming feelings that overcame them when the Materialized Spirit Form was directly looking at them.

So we worked with the photos and tried to enhance the images in a way to make these looks visible, and so I encountered with the time 'something' in the presence of the entity the sitters were describing and what I was not able to fathom right from the start (remember I as the medium had not seen the spirit that evening): Namely a strong vibe and energy, like of benevolence and friendly lightheartedness, the spirit form was emanating, and what became visible, nearly palpable in the photos when you watch them closely!
I do look at them in awe anyway, because what the camera has caught here, is truely extraordinary. Latestly when you look into the entities wide open eyes in the photos you will see!
Besides the fact the materialized spirit is itself a messenger from the spirit worlds unlocking our selfs to higher consciousness!

A bridge to higher awareness!
A key to our ascension!


COMPARISON
The characteristics of the materialized form, as well as the photographic quality, allowed us to compare the facial features of the spirit phantom with historical photographies of Mr. Olcott.
The following four pairs of photographs show a stunning consistency in the depicted persons looks, starting with the very original looking beard that has the exact same natural colorization, the distance of the eyes, or the same form, length and angle of the nose (best visible in first and second pair), characteristic markings on the cheeks and so forth. In the following you can see the materialized spirit form on the left side and the historical photo of Mr.Olcott on the right side! 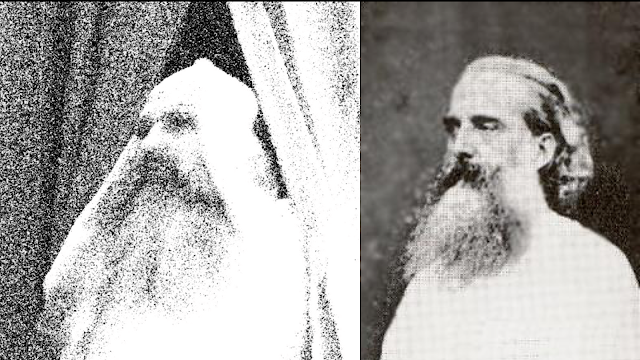 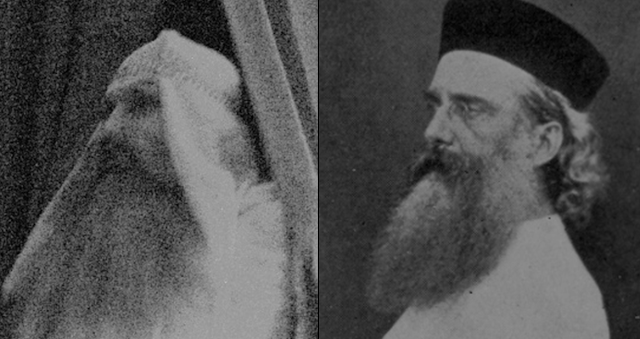 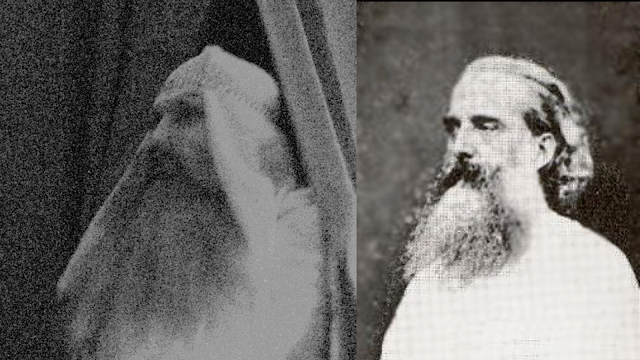 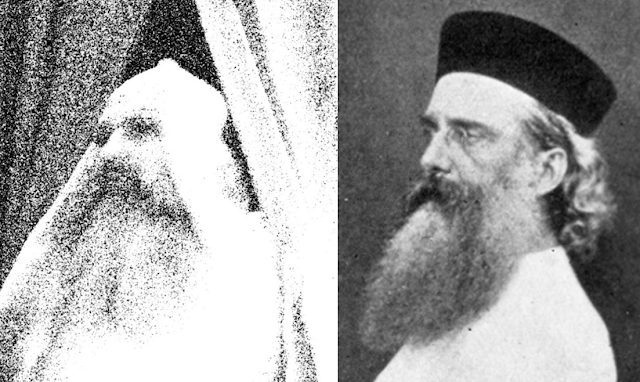 We will present the high-res images from the evening (only enhanced in brightness and/or false colored), but also in another section of the video filtered editions to extrapolate and underline details that wouldn't be visible without.

In the end we encountered in the images and its enhancements so many different aspects and characteristics, that we decided to present the photographs in a video, otherwise it would be unproportional. The video itself presents in its eight minutes even images that differ on first sight only slightly. But it fulfills the demand to evaluate every single aspect within the build of this materialized form. The use of filters and false-color display serves this demand as well, when different layers within the photographic exposure can be made visible that way.
ENJOY!


A few examples from the video: 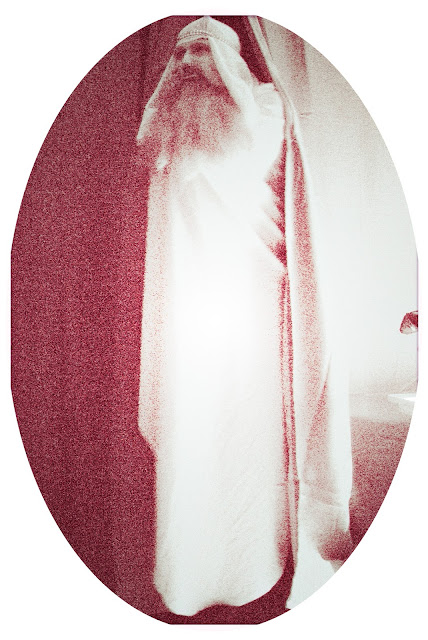 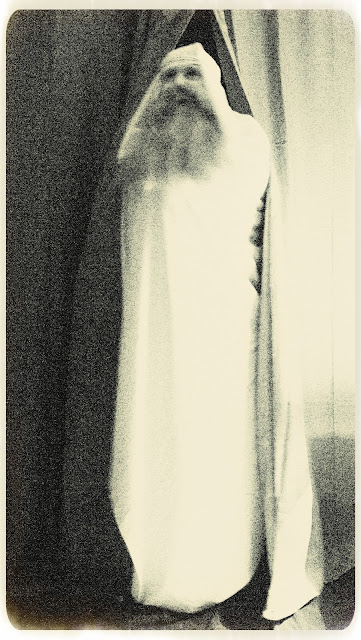 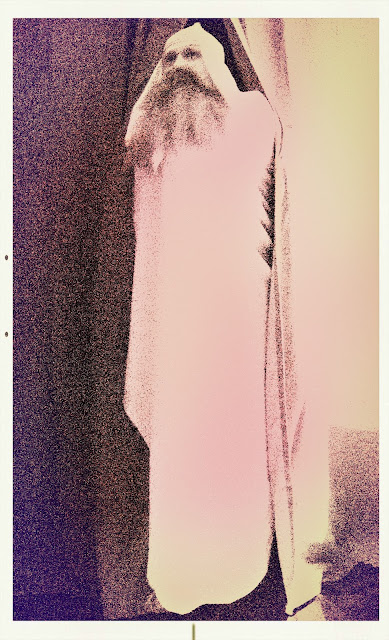 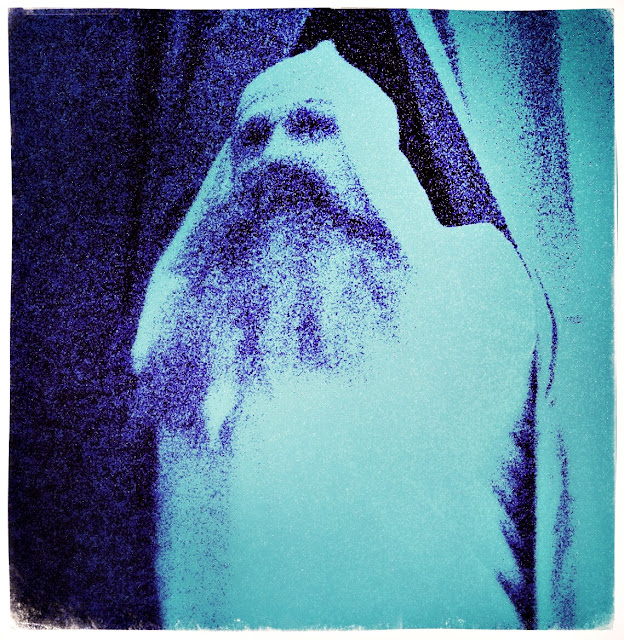 
NEWEST (and older) ARTICLES - THE ARCHIVE