BOOK RELEASE: Leo Bonomo writes about one of the most impressing Physical Mediums of all times: 'Leslie Flint - the Worlds Greatest Direct Voice Medium - Transcripts from his original recordings, with CD’s' (WITH VIDEO) 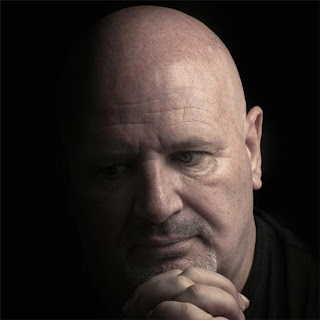 Leo Bonomo is a well known author, radio-host (www.kcorradio.com) and professional Medium in the Unted Kingdom. His main asset in all his work is clearly his powerful humanity that makes him a strong, but highly sensitive character at the same time. He has already authored before, also classically automatically written, a well received publication, available at amazon.

A RARE KIND
For his new book- or better multimedia-release (approx. February 2020), well known Author and Radio Host Leo Bonomo could not have chosen a more interesting subject - from the vast array of subjects in the field of Spiritualism or Mediumship.
The book is about an outstanding medium, one of a kind we have read in the parapsychological history books about before, but no truely convincing evidence was ever available for this rare kind of Physical Mediumship - until we get to Leos subject 'Leslie Flint' and the story of his mediumship.

DISEMBODIED VOICES
Leslie Flint, born 1911, portrays mainly a kind of physical mediumship, the 'Direct Voice'-mediumship, that has its roots in ancient mysticism like in the end all mediumistical phenomena. World religions have been influenced by disembodied voices - received by their disciples, apparitions spoke to seers, nasty spirits - or 'Poltergeists' - harrassed their victims all over the globe with disembodied voices telling uncomfortable private secrets to frightened but petrified spectators watching and listening - and of course in the young contemporary western spirit culture - within Spiritualism - from early on so called 'Trumpet Mediums' did let disembodied voices speak through long cone like 'trumpets'.
OVER CENTURIES
But also the later generations of Physical Mediums within Spiritualism produced powerful voice-related manifestations, like those voices appearing around the gagged Eileen Garrett, or the 'independent' Direct Voice of Margery Crandons brother 'Walter' that floated through the room and spoke from every thinkable location, Bastians 'Direct Voices', who tried to convince him to stop smoking, Indridasons 'Direct Voices' that sang in different sexes loudly into the ears of sitters behind the net, in front of which the medium was held by a control person.
Some mediums could even join the conversations their spirits had with sitters respectively could talk simultaneously with their spirit voices - but only a few.
And meanwhile we are impressed to read about Etta Wriedts, Moncks, Husks and Emily Frenchs mediumstically produced voices we come to state eventually that - also due to the technical conditions of the different ages of course - there was merely no convincing evidence anyhow available documenting the sensational voice-manifestations described by witnesses over centuries.

LEO MEETS LESLIE
If we not had the evidence existing around the Leslie Flint mediumship - because dozens of the voices were not only recorded but literally exhaustingly interviewed. Leo Bonomo met the outstanding Mr. Flint in 1990, 4 years before he transitioned and became witness of the outstanding voice phenomenon himself what made the impact Bonomos publication is telling about.

The biggest strength in Bonomos Book/CD-publication is clearly the combination of audio and the transcripts of the produced voices and the insights they enable. Bonomo recites partially very long discussions between the experimenters and the talking spirits. This is one of the main differences between Bonomos and other - mainly online - publications. Moreover underlined must be the massive value of the transcripts themselves, helping a lot to understand better the partially low quality voices and their individual accents and to fully fathom the variety of expressed individual voice mannerism in the recordings.
THE COMMONPLACES
As Leo states in a chapter of his book, we are on the one side privileged to dive into a multitude of very personal stories and viewpoints expressed by the spirits. But as he also states at the same time in the first place they sound very normal, if not ordinary sometimes.
At that point we need to be aware that, like all forms of Physical Mediumship, we can approach Leslies mediumship additionally and necessarily from the phenomenological side as well.
And with that approach another massive value of Bonomos published recordings comes to light. What was above described as very much being missed and rare historically, the documented evidence of voices claimed to be embodied - in the case of Leslie Flint generally and with these recordings especially it can be studied now extensively.

Uncomparably varied are the voices and mannerisms and ages and sexes and viewpoints of the disembodied voices. Flint who had allegedly undergone a phletora of testings mainly in his earlier years with taped mouth and held water inside, with microphones controlling his larynx-activity asf.. Unfortunately protocols of these sessions are nowhere available anymore and in later years the apparently most different voices under the conditions they were presented were mostly rightout trusted and considered unfakeable. A lot of Flints sessions were being held in smallest most private groups and any thinkable fraud was by the most observers outruled simply due to the transparency of the present conditions.

And so the voices in Leos publication speak about religion and transition, about possibilities of the consciousness state they are in, about a lot of personal experiences in a seemingly astral environment where there is a lot to learn about their personality, their past and presence, their relationships and the perceived environment they are in. For Leo the common tone of dozens ordinary spirits telling their story is evidence for their authenticity and listening to the voices this viewpoint sounds absolutely justified.

MR. FINDLAY AND STANSTED HALL
Impactful in the opposite are the sayings of Flints guide 'Mickey', who owns a unique wit - or of influential personalities like Arthur Findlay, founder of Stansted Hall, commenting recent events and developments from the time of the recording which could not be more actual!
Findlay, through Flint, meticolously disects certain currents and complains about the lack of development of Physical Mediums at the college. 'I do realise only too well that there is a great undermining of the movement going on', namely to the disadvantage of Findlays most committed form of mediumship, its physical forms.

'THERE'S A GREAT UNDERMINING GOING ON'
'It is not enough encouragement and development taking place for (...) the Physical, which is, after all, what convinced me and I feel it is sadly lacking.'
'Err, I’m not suggesting that you… mustn’t have or shouldn’t have mental mediums' he is carrying on, 'but, er the standard of (Mental) Mediumship by and large is enough to put most intelligent people orf.
I don’t mean to be unkind, but I must admit that I am very disheartened and just occasionally disappointed with the college. It’s not what I anticipated. It’s not what I intended, and it certainly isn’t going in the way in which I hoped it might go.
Of course you must have mental mediums, and they are the absolutely necessary essential - you should have healing also.
But the point is that I do feel there is a great dearth of good physical Mediumship. And we need physical mediums. Why aren't they utilising this form of Mediumship. Why aren't mediums being developed? Why isn’t the college being used as a development centre of good first class (physical) Mediumship (...)?'
And he right away answeres his question himself: 'I feel there is a great lack of co-operation, a
great lack of co-ordination. And it seems to me at the moment that your work (...) seems bereft err, to a certain extent (...)'

SLOANS AND FLINTS OUTSIDE BEFORE LOCKED DOORS
Findlay speaks here from his own most powerful experiences in the field of mediumship when regarding the complete ignorance, if not hostility, expressed by the College for decades towards Physical Mediumship. Until today regulations against the very nature of Physical Phenomena as described for centuries do avoid any foundation or development of Physical Mediums in Stansted Hall.

Today neither the Physical and Direct Voice Medium John Sloan, Findlays famous main research subject, nor Leslie Flint, the absolute exceptional contemporary Direct Voice Medium would be anyhow allowed to work or demonstrate their fabolous faculties in Stansted Hall! It is simple, because they would be requiring dark conditions, what excludes them from any further evaluation.
Isn't that sad? The great Leslie Flint would stand outside before locked doors of Stansted Hall!

A LOT FOR THE READER TO DISCOVER
With Findlays unmasking remarks - through Flint - we now want to overhand Leo Bonomos new Book/CD publication to your hands, believing there's a lot for you to discover in it from so many viewpoints!
Leo Bonomos release about Leslie Flint is a clear recommendation and should not be missed in any researchers or Spiritualists bookshelf.