"BIRTH OF AN ECTOPLASM" - EVA C. IN FRANCE

This photo is only reproduced in the French editions of Schrenck-Notzings "Phenomena of Materialisation". In France Juliette Bisson published under her name the hundreds of images been taken. Under them a few not reproduced in Schrencks publication like this one. Eva Carriere (Eva C., Marthe Beraud) was sitting in a kind of tent, while the onlookers were seated in a white light around it. We see Juliette Bisson opening the curtain after the medium was frequently asking under moanings and groanings, like during a childbirth, if the sitters can see the manifestation, the "birth of an ectoplasm".... 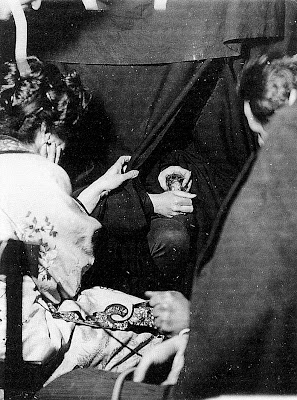 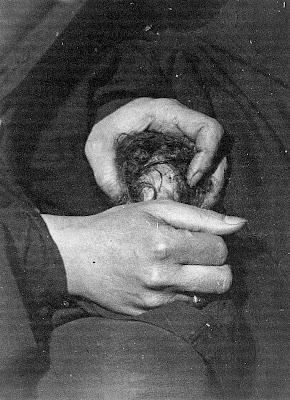 MATERIALISATION IN PUERTO RICO - THE ALBUM OF DR. FRANCISCO PONTE

Dr. Francisco Ponte, a dentist in San Juan, was president of the Spiritualist Federation in Peurto Rico. From around 1912 until 1920 he conducted seances with the local medium Carmen Wey, a thirty-five years old housekeeper with low education. The seances took place in Pontes office. The medium sat in a dark room behind a curtain with luminous stripes forming a cabinet. The participants between 12 and 15 persons sat in an adjacent room, bathed in dim red light. The mediums self induced hypnotic state initiated the phenomena. Messages were found in seaaled boxes. Ectoplasm coalesced into hands and feet or faces. Luminous clouds and hands and flowers appeared. Unseen hands left their imprints in paraffin baths from which plaster casts were later been made.

In 1923 Ponte sent an account of his experiments to Walter Franklin Prince, then principal research officer of the SPR and presented to him an album of 35 photographs illustrating most of the phenomena. These photos displayed at last an overview of most of the effects produced by mediums in the first decade of the 20th century.
As far as we know a SPR-investigation never was conducted. 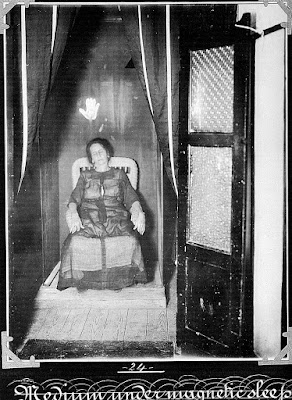 Manifestation of a luminous hand during mediums trance state 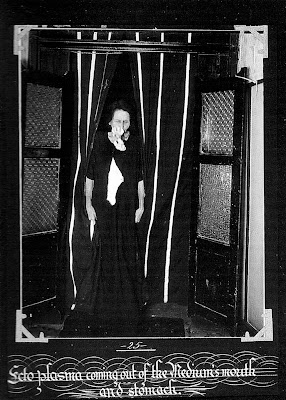 Ectoplasm coming out of mediums stomach and mouth 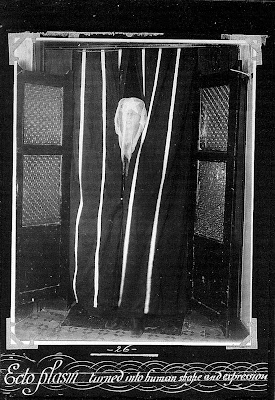 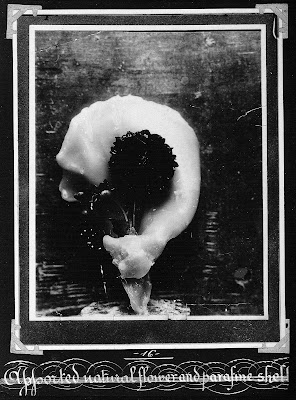 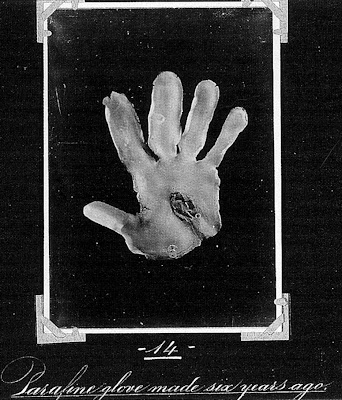 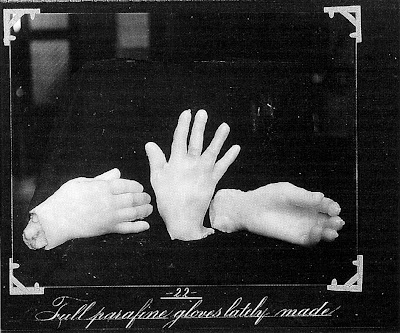 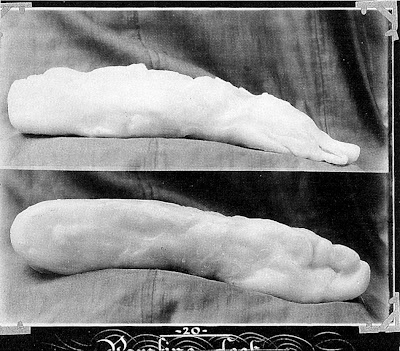